How to Calculate Employee Turnover Rate 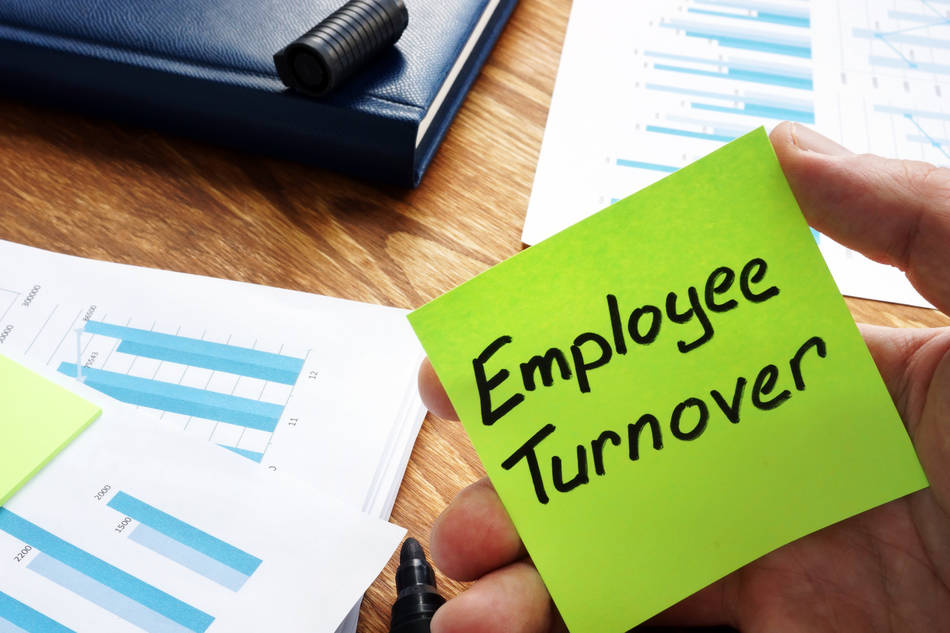 How to Calculate Employee Turnover Rate

As those familiar with this topic might know, there is currently no ‘right’ way to calculate turnover. A quick Google search will show multiple websites using different formulas. The same happens at the professional bodies.

The American National Standards Institute (ANSI), an institute dedicated to facilitating consensus standards, uses a different definition than the International Organization for Standardization (ISO). The turnover formula proposed by ISO also poses some ambiguity and can be explained (and thus calculated) in more than one way.

It is easy to understand why HR practitioners will get confused when it comes to this topic. Besides the technical difficulties of calculating the total number of employees and the ones who quit – a topic we won’t get into in this article – there is the challenge of calculating the turnover rate. Having a clear formula will help tremendously.

Employee: ANSI defines an employee as an individual ‘that received any payroll payment during the pay period that includes the 12th day of the month’. Additionally, we would like to add that an Employee cannot be a new Hire – more about that in the next section.

Turnover: Leaving the organization due to dismissal, attrition, and other reasons. These people will not be on the payroll during the next period.

Turnover rate: The percentage of Employees leaving in a given period of time.

How to calculate the employee turnover rate

The definition of ‘Employee’ may feel a bit unnecessary but is justified. Let me give an example to explain this.

At the start of a quarter, there were 100 employees. During this quarter, 5 employees left, and 10 joined. At the end of this period, there are 105 people working in the organization. Calculate turnover for this quarter.

The question now is, do we include everyone in our turnover rate denominator, or do we only include the existing employees (thereby excluding hires)?

This stresses the importance of making a clear distinction between Employees, Hires, and Terminations. These are three different groups with three different metrics. Hires are people who joined the company during the given period – and they should be treated as such as we have a separate set of metrics for them.

To illustrate this, hires are part of the hiring rate for the period. In case of early departure, they are included in a 90-day turnover metric, and in the 1st Year Turnover Rate. So, we should make a clear distinction between our hires and employees.

When we look back at our example, we see that we had 100 employees, five terminations, and ten hires. This means that the turnover in our example above is 5%, as five out of a hundred left the company.

This brings us to the turnover rate formula that we recommend for use.

This approach is in line with the description given in ISO 30414, a universal norm for Human Capital Reporting published in 2018, which takes the total number of leavers over a given period and divides it by the total number of people in the organization.

The annual turnover rate formula is then formulated as follows

Although we recommend the turnover rate formula above, we do think it is useful to discuss a commonly discussed, alternative way of calculating employee turnover – one we do not agree with.

This approach is predominantly championed by ANSI and can also be found on multiple places on the internet. It proposes that the turnover rate equals the # Terminations divided by the average # of employees for each of the 12 months in the designated annual period.

This alternative turnover rate formula poses two problems. Let’s go over these one by one.

We see that every month 10 employees leave, while every month 20 new hires join. According to this alternative calculation, which would take the average number of employees as the denominator, there are 30 terminations and on average 110 employees: (100+110+120)/3. This makes the turnover rate 30/110 = 27%.

Our proposed method shows a different number. 30 Terminations / 100 Employees at the start of the period = 30%.

The difference is that the first formula is diluted by Hires. This is why we propose to split Hires and Employees into two distinct categories to come up with a purer number. As mentioned before, Hires have their own set of metrics, including 90-day turnover and 1st year turnover.

Once we are done with the turnover metric calculation, we can analyze the data. Usually this is done through some sort of multivariate statistical analysis to see if there is any strong cause-and-effect relationship between the predictors of turnover and the dependent variable.

Mixing hires and terminations in a rate calculation might muddy the interpretability. One potential way to deal with this might be to include a predictor which accounts for this factor but the importance of keeping the analysis in mind is true regardless.

As you can see, every month, 10 people leave. The ANSI formula would propose to average the number of employees in the denominator, resulting in a turnover rate of

Our proposed method shows a different number. 30 Terminations / 100 Employees at the start of the period = 30%. The 3-month turnover rate is therefore 30%. This also makes sense as 30 out of a 100 people we started with left.

First of all, most of us will want to slice and dice our data. When it comes to the changing denominator we discussed earlier, our metric should make sense at all levels of disaggregation. This means that the formula must render a meaningful calculation at the individual level as well. Take this example of a single employee quitting. The time period selected is a 2-month period.

Here the alternative approach would come up with the following formula

In our dashboard or HR report, we don’t want to have a reported 200% turnover when we make such a specific selection. This will be impossible to explain to a business partner or line manager.

In addition, we report on both our existing population and on our recruits. This is another argument to separate Employees from Hires, as both have their dedicated dashboard.

What is turnover rate?

Employee turnover rate is the rate at which employees leave the organization. Turnover can be voluntary (initiated by the employee) and involuntary (representing firing, layoff, or expiration of the employment agreement). A company’s turnover rate can be an indicator of its culture.

What is a good turnover rate?

In general, there is no such thing as a good turnover rate. This depends on your industry and the kind of jobs you offer. In a call center or in retail, 50% annual turnover isn’t bad. For astronauts, you wouldn’t want turnover to be over 5%.

How to calculate turnover rate?

To calculate turnover rate, we divide the number of terminates during a specific period by the number of employees at the beginning of that period. If we start the year with 200 employees, and during the year, 10 people terminate their contract, turnover is 10/200 = 0.05, or 5%.

How to calculate annual turnover rate?

Because of the differences in both approaches, I approached John Lipinski.

John holds a Ph.D. in cognitive psychology. He is the founder of the HRanalytics101 website which publishes content about the more technical parts of measurements and analytics. He is also an instructor in our AIHR Academy Data Science in R course. John was kind enough to give feedback on this piece and added his view on calculating the employee turnover rate.

When it comes to the example above – assuming no new hires – I think the other approach measure would take the average of the people at the start (100) and at the end (70) for a denominator of 85. 30/85 = 35.2%.  That might seem wrong but remember that in January you lost 10 people when you started with 100. By March though you lost another 10 when you were only starting the month with 80 so in one measure your turnover is getting worse… You are losing the same absolute amount of people even though your starting pool is smaller. That’s not a good trend.

The other given example is one that clarifies the issue at play, but it overlooks another possible problem, namely that at some point in the month you had no employee. On any given day in that month then, on average, you had less than 1 employee working.

In this edge case you would not say there was 200% turnover. From another perspective, though, it makes sense: you lost 1 person but on average, throughout the month you had less than one employee working (they only worked part of that month).

In a more natural case, you very well could have more than 100% turnover. If you have high turnover, then you could be hiring more people with continuous quitting and more hiring, etc. At the end the year you have about the same number of employees but you had many more start, work for a while, and then leave. This means you had turnover in excess of 100%.

For what it is worth, you can see some related issues pop up in customer churn metrics and in inventory turnover too.

Overall, I think there is value in doing something like Retention for a given set at the beginning of a period and then also treating the new hires differently. Still, I’m not sure what determines when a new hire becomes an employee. That decision would seem arbitrary and might just be pushing the issue to another place.”

Special thanks to Lyndon Sundmark for providing much of the input for this article and to John Lipinski for challenging our ideas and helping us create a better result.