What is normative commitment?

Normative commitment is a sense of responsibility employees feel for their job or organization that holds them back from quitting. It is a perceived moral obligation to stick with something through thick and thin.

An example of moral duty may be a missionary, police officer, or firefighter who sees their job as their calling or life’s purpose.

There is a relationship between normative commitment and cultural background. People from more collectivistic cultures (like Brazil and China) feel more bound by their duty and obligation than people in more individualistic cultures (the US and Germany).

There are different interventions that an organization can take to increase normative commitment.

Again, for each kind of intervention, it is critically important that employees also want to come back. Giving an employee a paid sabbatical while they don’t really want to come back is mostly ineffective.

Normative commitment is measured as part of the three-component model (TCM), which measures normative, affective, and continuance commitment. This scale is developed by Meyer, Allen, and Smith. Example items include: 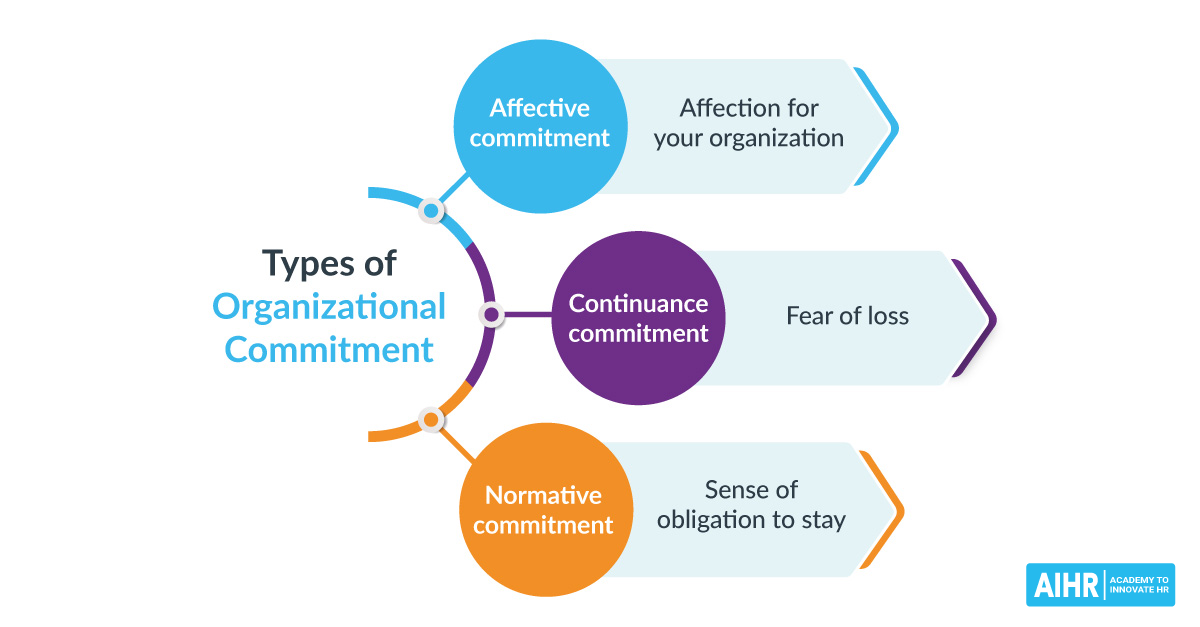