What is fixed pay?

Fixed pay, or fixed salary, is the predefined and fixed amount paid to an employee by the employer at the end of every payroll cycle. Fixed pay includes all remuneration guaranteed by the company, most commonly in the form of a monthly or annual salary.

Additional contributions to things like medical insurance, a retirement fund, or allowances (car, house, etc.) may or may not be included in fixed pay, depending on the company policy and/or employment agreement.

The term ‘fixed’ indicates the same amount is paid to an employee on a regular basis, irrespective of hours worked or the quality of work performed.

Variable pay is remuneration determined by employee performance. It is offered in addition to the employee’s fixed pay. Performance bonuses, sales commissions, referral bonuses, and profit-sharing are some examples of variable pay.

The term ‘variable’ indicates that the amount paid to an employee can change depending on the employee or company’s performance.

A manager is paid a salary of $2,000 every month. Included in the manager's contract is a fixed housing allowance of $200 per month. These two regular payments comprise the fixed pay.

At the end of the year, the manager is paid a $4,500 bonus. The bonus is considered variable pay.

The same manager moves to a new city and has asked to work reduced hours. As a result, the company decides to switch the manager to earning an hourly wage.

The manager logs 32 hours in one month and 45 hours in the following month. The manager is also awarded a two-month allowance to help relocate to a new city. In addition, the manager is paid a sales commission of $450 for closing key deals for the company. All components of his pay, in this case, are considered variable pay.

Advantages and disadvantages of fixed pay

Disadvantages of base pay 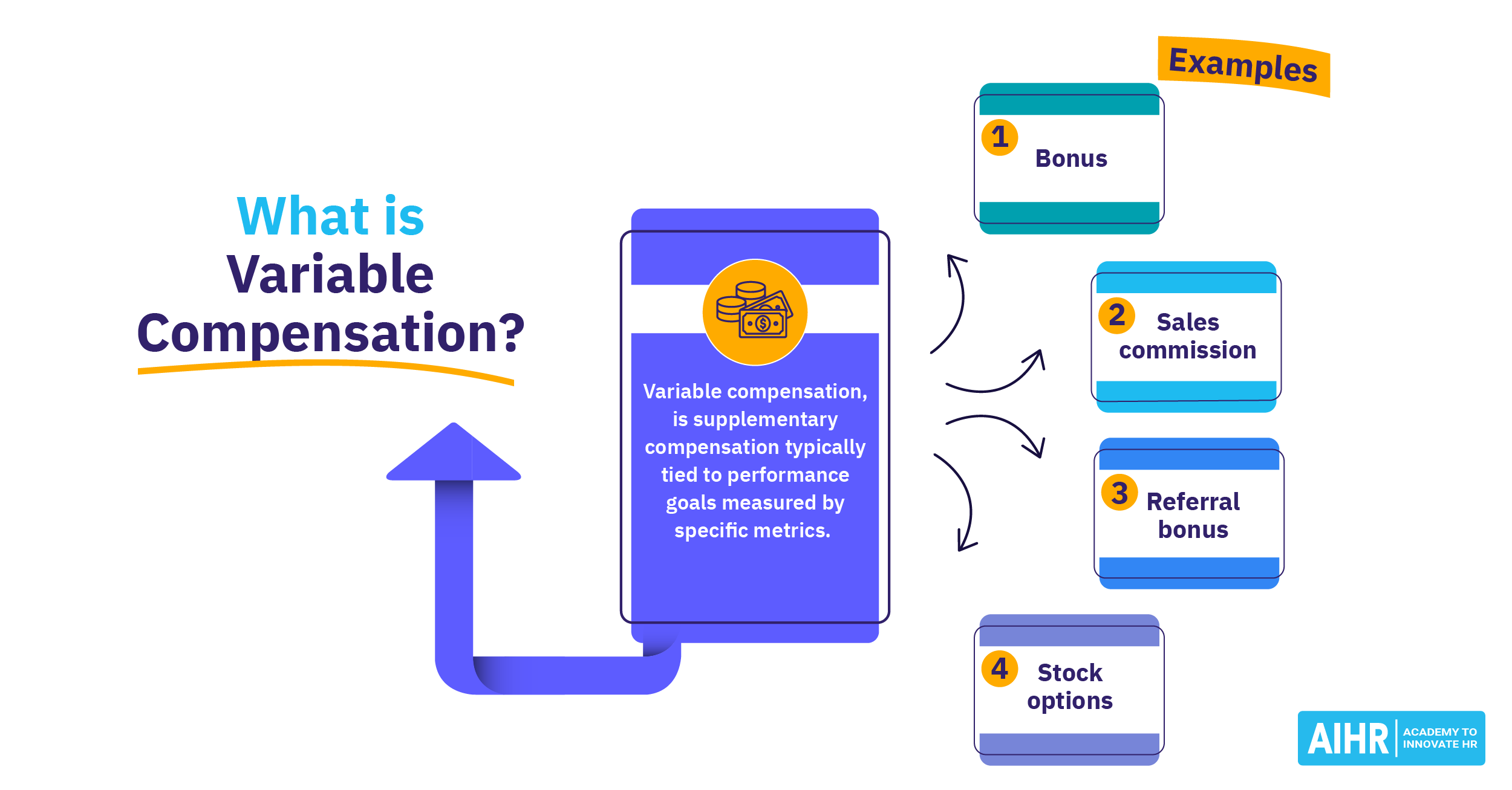 Finding the right mix of pay, benefits, and other incentives is essential to attracting and retaining top performers, especially in a tight labor market. Variable compensation can be a useful...