Gainsharing aims to increase company profitability by seeking higher levels of participation and employee performance. Employees receive a financial share of the profit of the company gained by a performance improvement they helped design.

Gainsharing aims to eliminate waste in processes and motivate employees to work hard. It’s a group-based initiative in which employees work together to improve performance, which results in financial gains for the organization.

What does improved performance mean?

Specific targets need to be agreed on beforehand. In most cases, a 1% improvement is probably not enough to be considered a significantly improved performance.

What is an example of gainsharing?

For example, imagine a company that produces laptops. In the previous month, they produced 10,000 laptops in 5,000 working hours. After the group came together and worked on various ways to make their process more efficient, they produced 10,000 laptops in 4,000 hours during the following month, which resulted in savings of $150,000. The gains are then split equally among the group in the company. This is an example of gainsharing in which a group of workers improved efficiency.

Another example of successful gainsharing is a group effectively thinking of ways to reduce costs. A car manufacturing company noticed approximately $5,000 in waste material for every vehicle produced. Using a gainsharing program, the group strategized, and they managed to reduce the waste to $3,000 per car produced. In a month, when the manufacturer produces 50 cars, that’s a cost reduction of $100,000. This amount was shared between those involved in the project.

How does gainsharing work?

A typical gainsharing program uses a formula to calculate the shares to be split among employees. Improved performance is measured against baseline performance. Any gains made can be assessed monthly, quarterly, or annually.

Typically, gainsharing is measured against operational metrics (efficiency, waste reduction, cost reduction, etc.), as employees can directly contribute to controlling these. You will often find these types of plans in the healthcare, manufacturing, or service industries.

The Scanlon plan is predominantly concerned with output. It takes any savings and splits them between the employees and the company. The saving is based on the standard labor cost per unit minus output subtracted from the actual labor cost per unit of production.

The primary focus of the Rucker plan is to look at the quality produced and not the quantity. This is suitable in industries where productivity does not have varying levels, but rather the quality of the product produced is held in higher regard.

The typical variable used in the Rucker plan is waste-to-production ratios. Another potential metric could be ‘number of defective parts per production.’

An Improshare plan is similar to a Scanlon plan, but instead of the cost of labor, it uses the number of production hours. When productivity is greater than the initial measured baseline, the difference in savings is shared among employees.

Improshare is calculated based on the team's overall productivity, so interaction and support are among the primary outcomes of this type of gainsharing.

With worker ownership, an employee can gain extra income through their performance and own actual shares in the company.

Advantages and disadvantages of gainsharing plans

What is the difference between profit sharing and gainsharing?

In profit-sharing plans, rewards for employees are always directly tied to the company’s overall profitability. The higher the profits, the bigger the profit sharing. On the other hand, gainsharing requires specific improvements not always tied to profitability. This could, for example, be an increase in sales or a reduction in costs.

Types of Compensation: Everything HR Professionals Need to Know Compensation Package: A Guide For HR How to Close a Performance Gap in Your Team 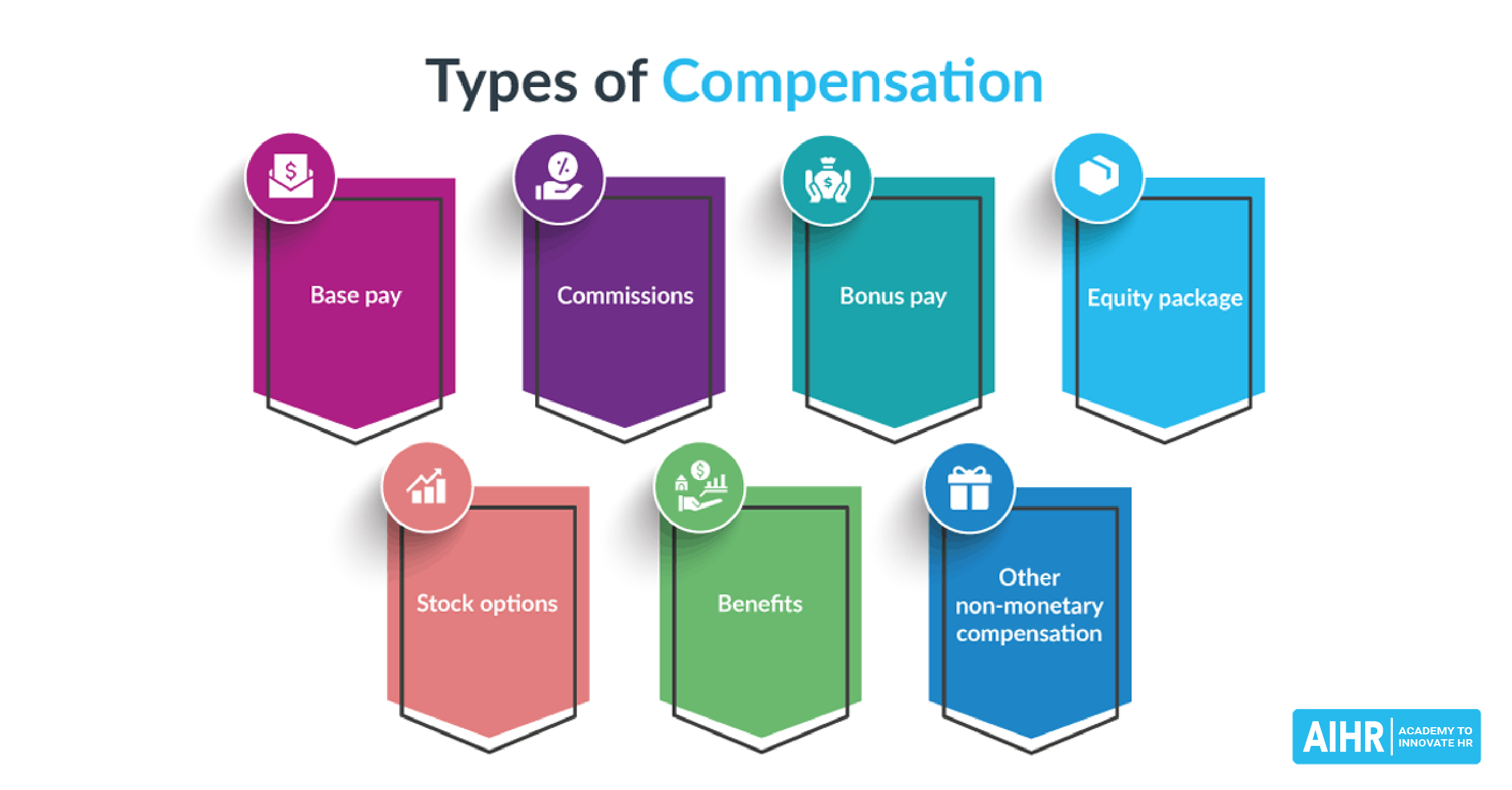