Reducing Absenteeism in a Mid-Sized Organization: A Case Study Reducing Absenteeism in a Mid-Sized Organization: A Case Study

Absenteeism is a frequently mentioned theme when it comes to people analytics cases. In this article, I will take you through an in-depth absenteeism case we worked on. What makes this case unique is that also mid-sized, low-profit organizations can benefit from the business impact of people analytics.

In attempts to reduce absenteeism, the organization had already made use of several ‘by-the-book’ interventions through the years, with limited success. They were looking to shift from ‘are there any other interventions we can try?’ to ‘can we understand the issue and take targeted action?’ I think there is no better mindset to start with analytics.

A complicating factor was that there was no clear idea of what realistic numbers for absenteeism would be for this particular organization. So, the question became: “How do we determine where in the organization absenteeism is our biggest issue, understand why that is, and then take targeted action to help our employees and bring absenteeism to normal levels?“

I will walk you through the steps we took:

Many organizations have access to sector-specific statistics on absenteeism. However, this particular organization’s services deviate from the norm in healthcare and include more home care, for example. As a result, the healthcare benchmarks generally available were regarded as being of limited use.

Of course, a reliable and relevant benchmark was needed to estimate the amount with which absenteeism could be reduced. This in turn would be used to write business cases and subsequently judge whether the investment for new interventions would be worth it.

Luckily, there are many publicly available data sources. We could use data from the Dutch Central Bureau of Statistics (CBS) on absenteeism. This data is provided per sector, age group, gender, education level, etc. Even though there was no exact match in terms of profession, we could mix and match data using several statistics. We used healthcare statistics, compared these to statistics from other related professions (such as cleaning services) and constructed a new benchmark in which we corrected for the following things:

Upon validating our approach and presenting the figures, our new estimates were deemed realistic and we had a benchmark that we could use. Moreover, due to our approach, we could pinpoint the exact age groups where statistics deviated the most from the expected norm. This in turn paved the way for more targeted action, rather than one-size-fits-all approaches. 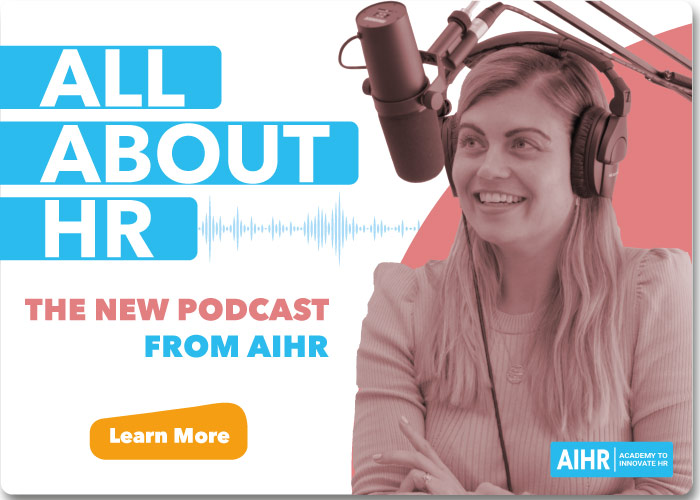 The benchmark showed that absenteeism was high in all age cohorts, but two groups stood out. In line with expectations, the oldest employees (55+ years of age) showed significantly increased levels of absenteeism. But there was a surprise: contrary to what was commonly thought within the organization, we found that younger employees (<35 years of age) deviated from the norm the most. In fact, their absenteeism rates were doubled compared to the benchmark!

A quick calculation showed that bringing the absenteeism levels of only these two groups (<35 and 55+) in line with the benchmark could save the organization more than EUR 500,000 a year.

2. Gather theories and data for analysis

Parallel to developing the new benchmark, we set out to gather ideas from people within the organization regarding causes for absenteeism. In this case, we did so using a hypothesis session, with three goals in mind:

Success in people analytics is largely determined by relevance to and collaboration with the business. This is why we involved directors, team managers, planners, HR professionals, and health and safety officers.

The hypothesis session also helped us identify which data sources we should use. Theories from participants in the session indicated that in addition to core HR data and absenteeism figures, we should look into assessments, planning/scheduling, school schedules, and client feedback among other things.

Upon gathering the data, we iteratively worked towards the end results in a few steps: data cleansing and exploration, top-down testing, and bottom-up analysis.

Our first action was to clean and integrate the anonymized data that we had gathered. We then validated the statistics of our data set for analysis with our stakeholders: average team size, team regions, distribution of FTE per contract, number of people per role, etc. After all, it’s important to know that we analyze reliable data, but that is equally important for the rest of the organization to know in order to trust the process and results.

Our first run for analyses was to put the input from the organization to the test. Did the risks increase for those working full-time? Did working overtime indeed increase the chances of absenteeism? How about taking over shifts from others? We tested these and other hypotheses.

Some results were surprising. For example: working overtime or additional shifts did not increase the risk of prolonged absence. In fact, quite the opposite was indicated by the data.

We spoke with our stakeholders during the process to discuss the preliminary results to see if we could explain the numbers and running additional tests when needed. Regarding the case of decreased absenteeism among those working additional shifts, we found that the most plausible explanation was that the planners carefully selected and consulted with the employees for those shifts. In other words: those working more than contractually obligated, were already believed to be less at risk by their colleagues.

The added benefit of running statistical tests and discussing findings this way is that stakeholders are intrinsically engaged throughout the process. Moreover, their understanding of the business processes is crucial when it comes to interpreting findings correctly. Imagine what would have happened if we had simply taken the numbers for granted, wrongly assumed causality, and had stated that working overtime has significant health benefits!

The top-down statistical testing already brought valuable insights that could be used for decision-making. However, the approach comes with a downside: it only sheds light on ideas people in the organization already have about absenteeism. That is why we also took an algorithmic approach to detect patterns in the data that were associated with absenteeism: machine learning.

Our data set contained several sources that were thought to be worth looking into for a better understanding of absenteeism in the organization. So far, we had only looked into it through the lens of the hypotheses we had gathered. Could machine learning surprise us with new insights?

By investigating what specific data (or features) the machine learning models used to increase the accuracy of identifying absentees in our historical data, we noticed new risk indicators among those already known from statistical testing:

The first two even outweighed anything we had found through hypothesis testing!

4. Collectively interpret the results and decide on targeted action

Throughout the entire process, we had updated and consulted with various stakeholders in the organization regarding our findings. Now that we had run all of the analyses that we had planned, it was time to collectively interpret the results and decide on the next steps to take.

This approach ensures that the results of the case lead to one shared perspective, rather than fragmented ideas and snippets of information that would be harder to act upon.

The first finding was clear: the benchmark and statistical tests indicated that there were two groups to care for. A one-size-fits-all approach was unlikely to solve all issues at once: the younger age group showed risk factors that differed from the norm in the organization, whereas those ‘normal’ risk factors, in turn, seemed to have a markedly stronger effect on the older age group.

Our view on what was going on and what to do took shape:

In designing the case I was delighted to find that analytics can be a success in medium-sized organizations; as said before, we counted approximately 1500 FTE for this case. In fact, the results were often statistically sounder than they would have been in most larger organizations. The reason is that this organization had a fairly homogeneous workforce, mainly consisting of one function and a few supporting roles. I have seen large companies where every team consists of several functions and not one single role or function comes close to 1500 FTE.

Success with analytics also depends on collaboration and follow-up. I was impressed with how this healthcare organization embraced analytics to understand the problem while keeping their feet firmly planted on the ground while we jointly designed interventions to help employees and reduce absenteeism. Fitting solutions are not always digital, but may also be new contracts and policies. This relatively small organization demonstrated that.

Most importantly, they clearly realized that it is not only about achieving goals and having indicators in the green. How those indicators come to be green may be even more important. That is why action was aimed at understanding employees and preventing absenteeism by helping them, only to monitor the effectiveness of initiatives through indicators.

They used analytics in the best possible way: to understand people with facts and help them with a human touch. Jornt de Gruijl is a data-driven innovator: an experienced data scientist and management consultant with a background in AI and neuroscience. As such, he helps organizations take People Analytics to the next level and develop innovative solutions to align strategy and employee needs and wants.

HR Data Integration: How To Streamline Your Data